Computer vision enables robots to perceive their surrounding similar to how us humans do.

Common processes in computer vision is locating, tracking and classifying objects in videos. It’s also possible to estimate depth information of individual objects or even all pixels in an image, or to estimate the motion of the camera. Classical use cases for computer vision include:

At Dyno Robotics we are especially exited about the capabilities that computer vision brings to mobile robots such as:

At its core, for us computer vision is about having robots understanding their surroundings, giving them as much knowledge as possible about the situation in order to make smarter decisions.

Computer vision in your business

We can help you create awesome solutions for your business using computer vision. We’ll handle all of the complexities and create great software for your business and your customers – no matter the size of you organization or the industry you’re operating in.

Computer vision can refer to many separate things, and depending on the problem you are trying to solve there are different techniques that can be applied to best solve them. In the late 1960s, computer vision began at universities which were pioneering artificial intelligence. Studies in the 1970s formed the early foundations for many of the methods that exists today, such as extraction of edges from images, optical flow and motion estimation.

In the 1990s some of the previous research topics became more active than the others. Research in projective 3D reconstructions led to better understanding of camera calibration. It was realized that a lot of ideas were already explored in bundle adjustment theory from the field of photogrammetry. This led to methods for sparse 3D reconstruction of scenes from multiple images, and later dense stereo depth correspondence techniques. Image segmentation problems where often solved with variations of the graph cut energy minimization optimization.

Towards the end of the 1090s we saw and increased interaction between the fields of computer graphics and computer vision. This included image-based rendering, image morphing, view interpolation, panoramic image stitching and light-field rendering.

For image classification (labeling an image based on its content) popular neural network architectures include AlexNet (8 layers), VGG (19 layers) and ResNet (152 layers). If you want to label individual pixels in an image (so called image segmentation) we can use the Segnet, FCN+CRF or U-Net.

For depth and camera motion estimation we have used the MonoDepth2 architecture.

The most two popular programming frameworks for designing and training neural networks are Tensorflow and PyTorch. At Dyno Robotics we work with both of these frameworks.

One of the largest computer vision frameworks is OpenCV. It was initially an Intel Reasearch initiative to advance CPU-intensive applications. Starting with 2011 OpenCV also features GPU accelerated algorithms, and they have also been adding neural networks to the framework lately. But it is most famous for being a toolbox of more traditional computer vision techniques. It includes algorithms for ego motion estimation, facial and gesture recognition, object detection, segmentation, stereopsis, structure from motion and motion tracking.

Do you have a project that you want to discuss?

Wether you want to create something completely new, or add modern robotics & AI technology to your existing products - our inbox is open!

Have a look at some of our other projects 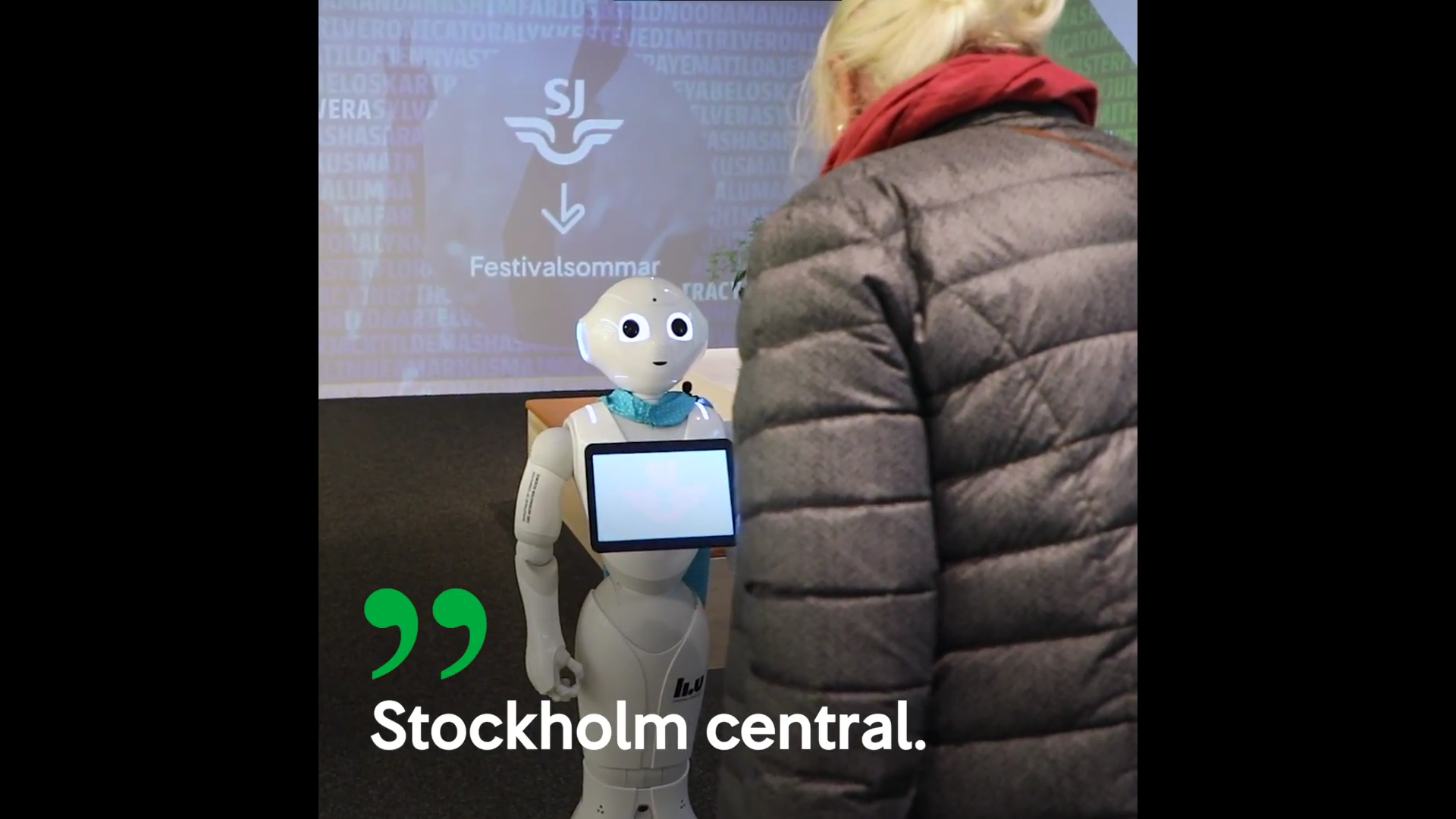 In this project we developed a service robot for SJ, the largest railway company in Sweden. The human-like robot can answer

The Smearo telepresence robot is a custom made robot made for Siemens Energy.

The Hat of Values is an experience centered around a talkative AI inside of a wooden box that hangs from the ceiling.

View all our projects